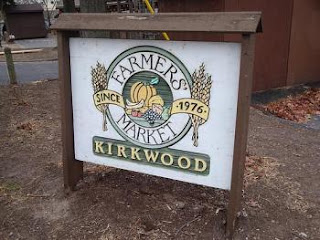 Published on Friday, March 27, 2009 by The Memphis Daily News
Some Mid-South farmers who sell their products directly to consumers worry that a food safety bill in Congress could put them out of business if enacted into law.
U.S. Rep. Rosa DeLauro, D-Conn., has introduced legislation that would divide the responsibilities of the U.S. Food and Drug Administration and put food under the purview of the Department of Health and Human Services, which would have more stringent guidelines. The legislation is HR 875 or the Food Safety Modernization Act of 2009.
Keith Forrester, the owner of Whitton Flowers and Produce Farms, which is about 40 miles from Memphis in East Arkansas, got worried when he read a summary of the bill. He is concerned the regulations would make it financially cumbersome to sell his products at the Memphis Farmers Market and other venues.
"It will wipe out the direct market aspect," Forrester said. "It's going to put more of the burden of responsibility on so many levels of the government that it's going to make it basically impossible to directly market food, is what it's going to do. You're going to have to be a corporate farm, man. You're going to have to be a corporate farm to make it work. We're not."
More at Commondreams.org
Posted by Tom Sebourn at 3:08 PM

I grow food, I have chickens. I have a green house. I resent someone trying to regulate my micro farm in favor of big agribusiness. The senator that introduced the legislation is married to a major player in Monsanto. They patent life forms including plants. They (Monsanto and other world wide corporate agribusiness companies don't want us to be able to buy their seeds, plant them and save some of the seeds for growing next year.
They want to control our food sources and force us to buy their seeds every year. They create seeds that will only produce one crop. You can't replant the seeds, if you do and are successful, you can be sued for using their patents with out the right to do so for more that one crop at a time.