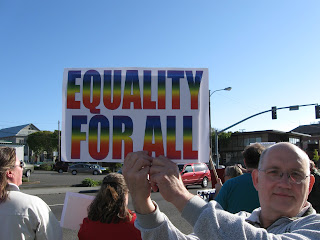 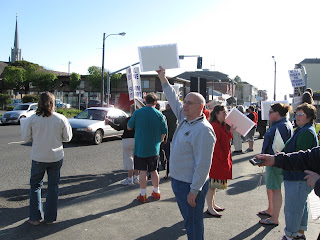 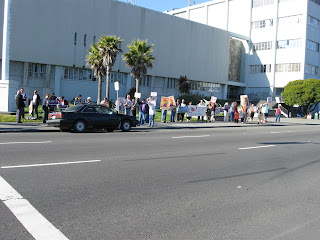 Close to 100 people gathered at the steps of the Humboldt County Courthouse today. The crowd assembled at 6pm when I took the picture, but grew while I spoke to some in the crowd.

Most of those I spoke to could believe that the California Supreme Court would uphold a proposition that takes rights away from a minority with a simple majority vote of the people.

As a Republic, California's system was supposed to keep this from happening.

The opinion is that this will be back before voters as soon as they can get the signatures on the petitions to qualify. Maybe as soon as 2010.