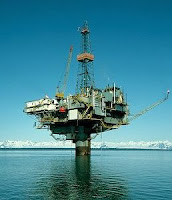 Right winged web site World Net Daily says that 8 Alaskan islands were given to Russia without approval from Congress. The area around the islands is said to contain a lot of oil.

Excerpt:Eight islands and their surrounding sea floors were ceded to the former Soviet Union as part of the U.S.-U.S.S.R. Maritime Boundary Treaty in 1991, a treaty signed by the U.S. Senate and President George Bush but never ratified by the Soviets. Nonetheless, an executive agreement enforcing the terms of the treaty until ratification has been in place through three presidencies, meaning the State Department officially recognizes the islands as Russian territory
Posted by Tom Sebourn at 12:15 PM